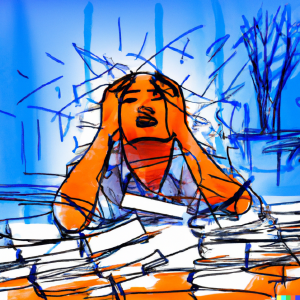 Possible Grounds For Refusal Of A Trademark By The USPTO

Refusal On Basis of Ownership Of Trademark

Refusal On Basis of Failure to Function as a Trademark

Trademark law requires that the subject matter presented for registration be a “trademark.” Subject matter that, due to its inherent nature or the manner in which it is used, does not function as a trademark to identify and distinguish the applicant’s goods and/or services will be refused registration.  For example, the failure of the mark to function as a trademark could be because the mark is merely: a trade name, ornamentation, informational matter, a title of single creative work, names of artists or authors, background designs and shapes, varietal and cultivar names, model or grade designations, universal symbols, hashtags, and repeating patterns.  The presence of the “TM” or “SM” symbol next to the mark on the specimen cannot transform an unregistrable mark into a registrable trademark.

Section 2(a) of the Trademark Act is an absolute bar to the registration of deceptive matter.  Neither a disclaimer of the deceptive matter nor a claim that it has acquired distinctiveness or secondary meaning can avoid a trademark refusal on the basis that the mark consists of or comprises deceptive matter. A deceptive mark may be comprised of: (1) a single deceptive term; (2) a deceptive term embedded in a composite mark that includes additional non-deceptive wording and/or design elements; (3) a term or a portion of a term that alludes to a deceptive quality, characteristic, function, composition, or use; (4) the phonetic equivalent of a deceptive term; or (5) the foreign equivalent of any of the above. Deceptive marks may include marks that falsely describe the material content of a product and marks that are geographically deceptive.  Section 2(a) of the Trademark Act also bars the registration of a mark that consists or comprises of matter which, with regard to persons, institutions, beliefs, or national symbols, falsely suggest a connection with the mark.

Refusal On Basis of Flag, Coat of Arms, or Other Insignia of United States, State or Municipality, or Foreign Nation

Section 2(b) of the Trademark Act bars the registration of marks that consist of or comprise the flag, coat of arms, or other insignia of the United States, of any state or municipality of the United States, or of any foreign nation.  Moreover, registration of all such official insignia is barred regardless of the identity of the applicant, that is, the statutory prohibition allows no exception even when the applicant is a government entity seeking to register its own flag, coat of arms, or other insignia. However, trademarks containing elements of flags in stylized or incomplete form will not be barred from registration.  In other words, the mere presence of some primary elements of flags, such as the stars and stripes, does not necessarily warrant a trademark refusal.

Flags and coats of arms are specific emblems formally adopted to serve to identify certain governmental agencies/authorities. The wording “other insignia” should not be interpreted broadly, but should be considered to include only those emblems and devices that also represent governmental authority and that are of the same general class and character as flags and coats of arms. Designs that do not rise to the level of being emblems of national authority, or emblems of state or municipal authority, should not be subject to a trademark refusal.

Refusal On Basis of Matter Protected by Statute or Convention

A few federal statutes and regulations prohibit or restrict the use of certain words, names, symbols, terms, initials, marks, emblems, seals, insignia, badges, decorations, medals, and characters adopted by the United States government. These designations are reserved for the specific purposes prescribed in the relevant statute and must be free for use in the prescribed manner. Generally, the statute will define the appropriate use of a designation and will prescribe criminal penalties or civil remedies for improper use.

Refusal On Basis of Name, Portrait, or Signature of Particular Living Individual or Deceased US President Without Consent

Section 2(c) of the Trademark Act absolutely bars the registration of marks that consist or comprise of a name, portrait, or signature identifying a particular living individual except by his/her written consent, or the name, signature, or portrait of a deceased President of the United States during the life of his/her widow, if any, except by the written consent of the widow.  This rule recognizes the right and publicity that a living person has in his or her identity and protects consumers against source deception.  Whether consent to registration is required depends on whether the public would recognize and understand the mark as identifying a particular living individual.  Specifically, a consent is required only if the individual bearing the name in the mark will be associated with the mark as used with the goods or services because the person is either (1) so well known that the public would reasonably assume a connection between the person and the goods or services, or (2) publicly connected with the business in which the mark is used.  For purposes of  Section 2(c), a name does not have to be the full name of an individual. Section 2(c) applies not only to full names, but also first names, surnames, shortened names, pseudonyms, stage names, titles, or nicknames, if there is evidence that the particular name identifies a specific living individual who is publicly connected with the business in which the mark is used, or who is so well known that such a connection would be assumed.

Refusal On Basis of Likelihood of Confusion, Mistake, or Deception

Section 2(d) of the Trademark Act bars the registration of trademarks that consist or comprise of a mark which so resembles a mark registered with the USPTO, or a mark or trade name previously used in the United States by another and not abandoned, as to be likely, when used on or in connection with the goods and/or services of the applicant, would cause confusion, or would cause mistake, or would cause deception.

A trademark refusal under Section 2(d) is normally based on the examining attorney’s conclusion that the applicant’s mark, as used on or in connection with the specified goods or services, so resembles a registered mark (or pending trademark application) as to be likely to cause confusion. The issue is not whether the respective marks themselves, or the goods or services offered under the marks, are likely to be confused but, rather, whether there is a likelihood of confusion as to the source or sponsorship of the goods or services because of the marks used thereon.

The following two factors are key considerations in any likelihood of confusion determination: (1) The similarity or dissimilarity of the marks in their entireties as to appearance, sound, connotation and commercial impression; and (2) the relatedness of the goods or services as described in the application and registration(s).  The following factors may also be relevant to a determination of likelihood of confusion: (1) the similarity or dissimilarity of established, likely-to-continue trade channels; (2) the conditions under which and buyers to whom sales are made, i.e., “impulse” vs. careful, sophisticated purchasing; (3) The number and nature of similar marks in use on similar goods; and (4) The existence of a valid consent agreement between the applicant and the owner of the previously registered mark.

Refusal On Basis of Conflicting Trademarks in Pending Applications

Refusal On Basis of Descriptiveness

The major reasons for the USPTO not registering descriptive marks are: (1) to prevent the owner of a descriptive trademark from inhibiting competition in the sale of particular goods; and (2) to maintain freedom of the public to use the language involved, thus avoiding the possibility of harassing infringement suits by the registrant against others who use the descriptive trademark when advertising or describing their own products.

It should also be noted that marks that are generic and deceptively misdescriptive of the good and/or services with which the mark is used are not registrable either.  A mark is considered deceptively misdescriptive if (1) the mark misdescribes the goods or services and (2) consumers would be likely to believe the misrepresentation.  Generic terms are terms that the relevant purchasing public understands primarily as the common or class name for the goods or services.  A generic term, being highly descriptive, is also incapable of acquiring distinctiveness or secondary meaning.

Refusal On Basis of Geographic Significance

Refusal On Basis of Surname

Under Section 2(e)(4) of the Trademark Act, a mark that is primarily merely a surname is not registrable on the Principal register absent a showing of acquired distinctiveness or secondary meaning. The test for determining whether a mark is primarily merely a surname depends on the primary significance of the mark as a whole to the purchasing public.

Refusal On Basis of Trademark Not Acquiring Distinctiveness or Secondary Meaning

A disclaimer is a statement that the applicant or registrant does not claim the exclusive right to use a specified term or design of the mark in a trademark application or registration.  A disclaimer is generally required when a composite mark (unless it is deemed unitary – such as a telescoped word) contains a generic or descriptive term as associated with the goods and/or services.  The purpose of a disclaimer is to permit the registration of a trademark that is registrable as a whole, but contains matter that would not be registrable standing alone.  For example, in the trademark “Surf Ranch” for amusement parks in the nature of surfing, the USPTO examining attorney would require a disclaimer for the exclusive right to use “Surf” because it is an unregistrable component.

Refusal On Basis of Trademark Composed, in Whole or in Part, of Domain Names

A mark composed of a domain name is registrable as a trademark or service mark only if it functions as a source identifier. The mark, as depicted on the specimen, must be presented in a manner that will be perceived by potential purchasers to indicate source and not as merely an informational indication of the domain name address used to access a website. A term that only serves to identify the applicant’s domain name or the location on the Internet where the applicant’s website appears, and does not separately identify the source of applicant’s goods and/or services, does not function as a trademark and is unregistrable. Therefore, a trademark refusal on the ground that the proposed mark fails to function as a trademark is appropriate.